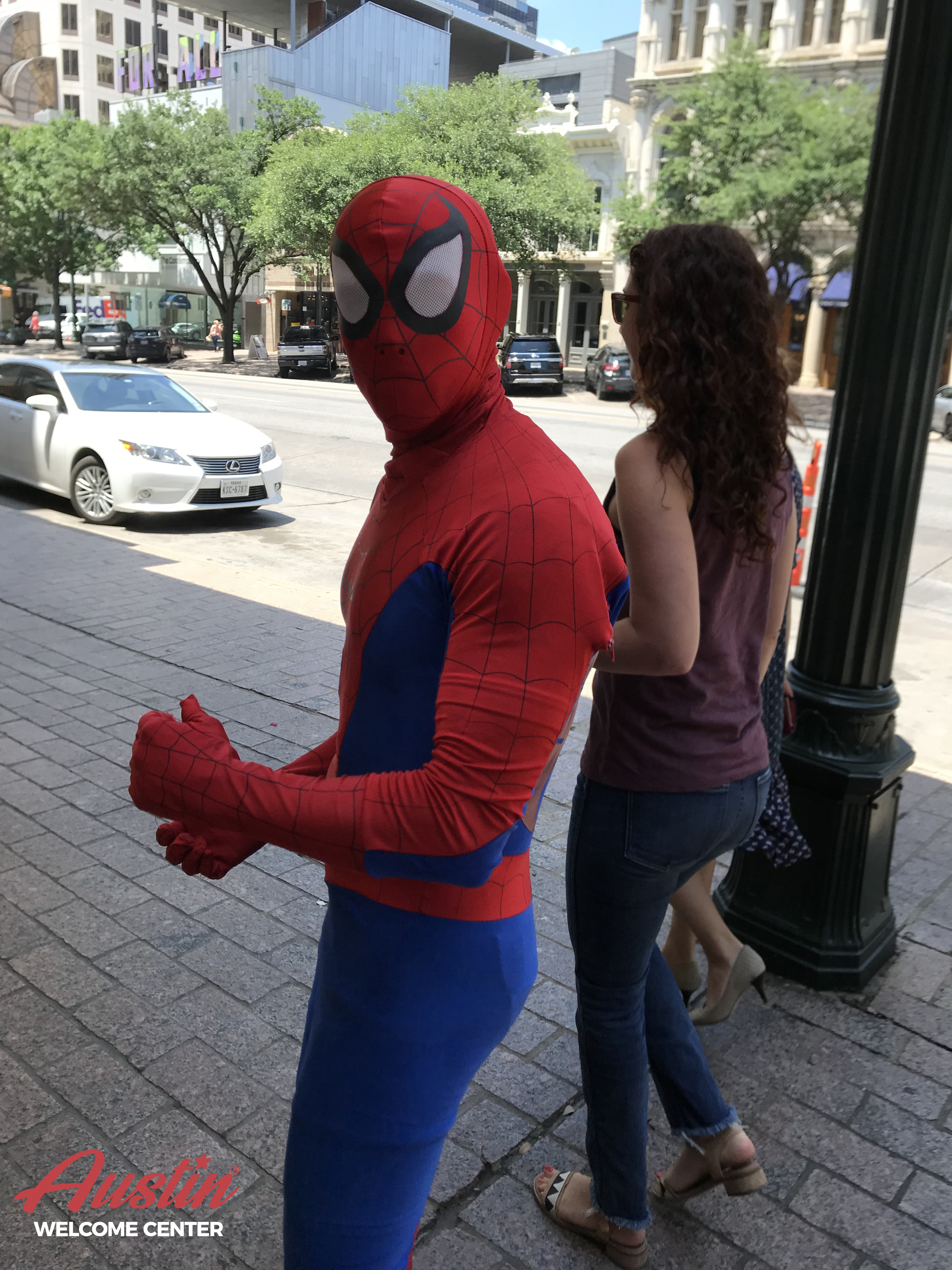 I ran into Spider-man on Congress Avenue today. He was taking photos with tourist for tips. It’s so much fun spotting superheros around town. This reminds me of the large group of superheros in Hollywood and Las Vegas. If you see Spidey around town be sure to say “hi” and take a photo. 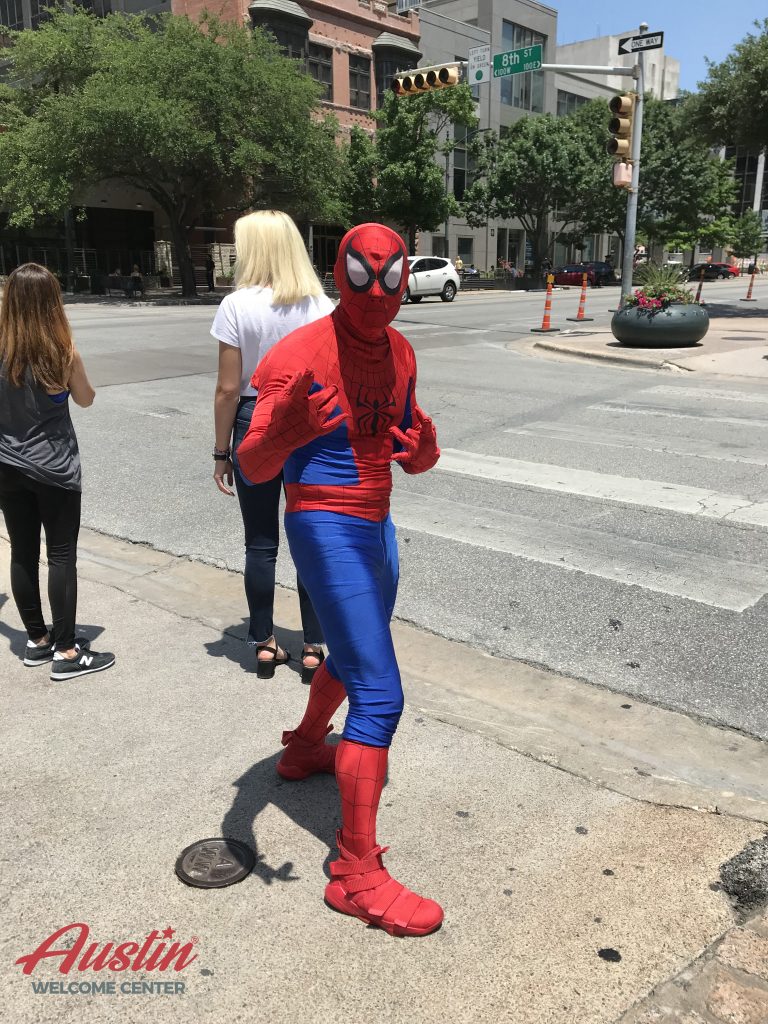 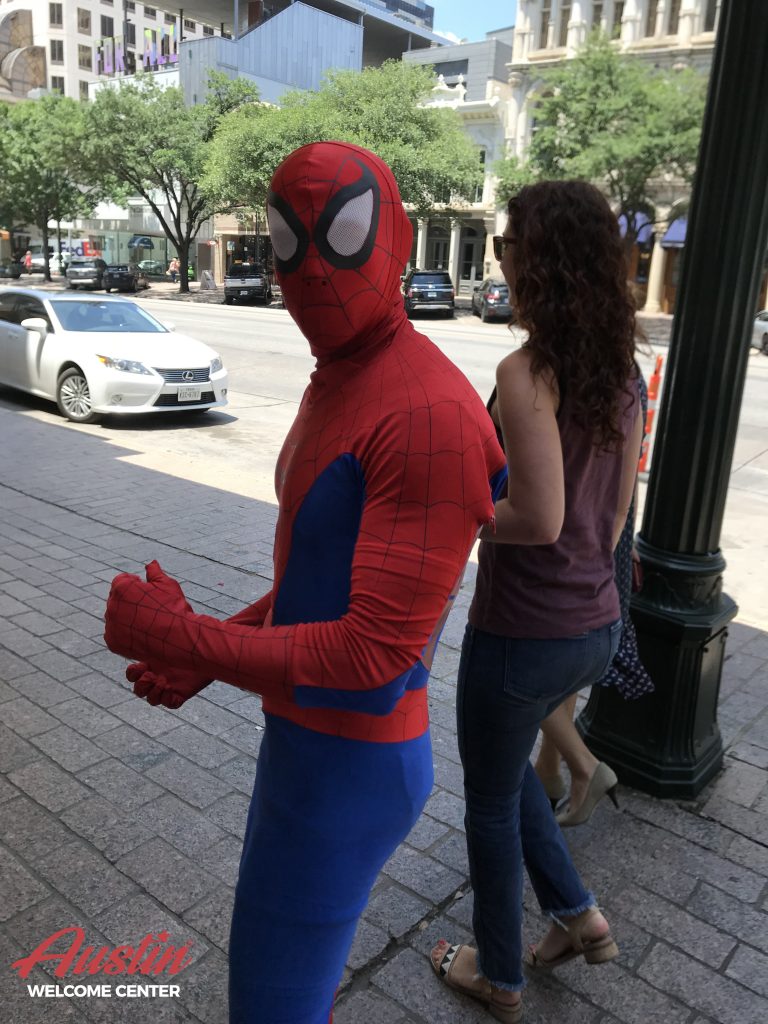